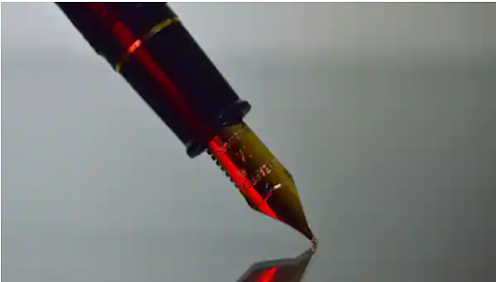 The number is really
like a tongue-in-cheek tribute to the man, not a serious measure of
achievement. And yet, it touches on a serious question: is there a way to
measure how good, or effective, a scientist is? A low Erdös number means you
have worked with some serious mathematicians, so that does indicate that you
have some worth as a mathematician yourself. But still, it really is just in
the nature of a tribute to a man who touched so many.

There is, though, a more serious measure
that’s often used: How many times a paper you have authored has been cited in
other papers by other scientists. You can probably tell that this “citation
index” carries some weight. For if another scientist cites something you
have researched and written up, it means that scientist found your work
relevant and useful in his work. And if several scientists cite your paper, it
means you produced something of some relatively wide relevance. If your paper
continues to be cited long after it is published, maybe even after you’re dead
and gone, that speaks of the lasting impact of your findings.

Of course, this idea of an index can be
tweaked. For example, what’s the calibre of the citations of your paper? Should
a reference in Mint,
for example, count the same as a reference in Nature,
or Scientific American? Does a Mint reference mean that a
wider audience than just academia is reading your paper? If so, surely that
suggests a broader understanding and appeal? Besides, how good are the
references you yourself cite—meaning, how many of the important results in your
field are you aware of while you do your research?

Considerations like these go into the
calculation of various metrics—called h-index, g-index and more. The h-index,
for example, is calculated thus: Of all a scientist’s published papers, if some
number “h” of them each have h or more citations, and the rest have h or
less citations, then her h-index is h. So let’s say researcher Sharvari has
published 30 papers. Seven of them have each been cited at least seven times
each; the other 23 are each cited seven or fewer times. Sharvari then has a
h-index of 7.

To give you a quick idea, Erdös has a
h-index of 76, Albert Einstein 92. Einstein’s E = mc2 paper has been cited
nearly 500 times; his special relativity paper over 2,000 times.Like all
statistical measures, these are used and interpreted in different ways.
Certainly, Einstein should figure at or near the top of any ranking of
scientists. But considering the sheer number of scientific journals that there
are, some no doubt of dubious merit, it should hardly be a surprise to find
unknown or unexpected names on such rankings. These might be solid scientists
who are just not widely known; they might also be not-so-solid ones who find
ways to inflate their citation indices.

And in fact, one recent paper addresses
exactly the use and misuse of such citation metrics, apparently seeking a way
to rationalize them (September
2022 data-update for Updated science-wide author databases of standardized
citation indicators, John P.A. Ionaddis, Elsevier,
10 October 2022, https://bit.ly/3UliNVw). It looks at citation data for about
200,000 scientists around the world and attempts to rank them according to a
composite—called the c-score—of various citation indices like the h-index. As
the paper explains, “The c-score focuses on impact (citations) rather than
productivity (number of publications).”

It’s not clear to me how many scientists,
whether on this list or not, pay attention to a list like this. I suspect the
more serious ones simply go about their work, uninterested in such rankings.
But be that as it may, how did Ionaddis choose those approximately 200,000
scientists?

Let me quote his paper: “The selection is
based on the top 100,000 scientists by c-score … or a percentile rank of 2%
or above … 200,409 scientists are included in the single recent year
dataset.”

Never mind “single recent year”. The
language seems calculated to obfuscate this process: In particular, how does
100,000 become 200,409?

Perhaps it’s the percentile rank of 2%?
That may be, because that number takes in those who are above the bottom 2% in
the rankings (what “2 percentile” means); in other words, the 200,000 make
up the top 98% of scientists in the overall list. To me, this seems the most
reasonable interpretation of this paper.

This is all leading somewhere, I promise.
I was prompted to do this digging by a recent large newspaper ad for Patanjali
products featuring this claim: “Pujya Acharya Balkrishna ji and the Patanjali
(PRI) among top 2% scientists in the world.” Patanjali’s website sent me
to the Ionaddis paper above, and from there to two enormous Excel files which
contain data about all these scientists.

The paper’s only mention of 2% is
“percentile rank of 2% or above”. So “top 2% scientists” in the ad
should actually be “top 98% scientists”. Or, equivalently, “scientists
ranked higher than the bottom 2%.”

Neither of which, you’ll agree, is quite
as eye-catching as “top 2%”.

That is, 95.8% of these scientists are
ranked higher than Acharya Balkrishna. That is, his percentile rank is 4.2.
That is, only 4.2% of the scientists rank below him. Give that a thought.

Once a computer scientist, Dilip D’Souza
now lives in Mumbai and writes for his dinners. His Twitter handle is
@DeathEndsFun.